Top Posts
A Fish Rots From the Head
Wisdom is like a baobab tree, no one...
The River is Never Satisfied
Positive Leadership Principles
Her Place at the Table: A Woman’s Guide...
Lean In: Women, Work, and the Will to...
Nice Girls Don’t Get the Corner Office: 101...
Mistakes I Made at Work: 25 Influential Women...
What Works for Women at Work: Four Patterns...
MAKE YOUR LEADERSHIP COUNT! An open letter to...
Home LEAD-SELF Four Ways to Support Women in Leadership: Can you be counted?
LEAD-SELF

Four Ways to Support Women in Leadership: Can you be counted?

“We’d like you to talk about that women thing…”  That was a caller from a radio station giving me the topic I was to speak on as part of International Women’s Day celebration. “…That woman downing each other thing… the stab-you-in-the-back thing…” He struggled to explain what the talk show was expected to focus on.

It was 3:15 in the afternoon. I was having a hectic day and with all the fatigue, I simply couldn’t make out what the caller wanted me to speak on. I hadn’t seen or experienced what he was referring to. I asked the caller to slow down and explain what he really wanted me to talk about.   He needed me to address the fact that women in leadership do not support each other and they do not support the women working under them.

I was understandably surprised at his view. I pointed out  that his premise was an outdated stereotype. My response obviously shocked him. I insisted that I would only get involved if we would approach the issue differently.

My frustration with the suggested topic, is that we have made significant progress to encourage women empowerment and celebrating the advances and contributions they’ve made. All these advances go to waste if women are given similar roles to men but different yardsticks are used to measure their performance, achievement and impact. They go to waste if we still hold on to ideas which depict women as inconsequential and petty.

Women should be supported for their achievements, not because they achieved them in spite of being women, but because of the value of those achievements to our societies. A woman in leadership should be recognised by both men and women for her leadership abilities instead of scrutinizing her in a bid to find fault.

How then can we support women in Leadership?

A myriad of adjectives and phrases are used to describe women in leadership. The same are not applied to describe men in the same capacity, exhibiting similar traits.  A woman who works hard to achieve her goals is described as pushy, feisty, bossy or abrasive; while a man who does the same is usually described as an achiever, focused or brilliant.  On the flipside, a woman who is soft-spoken is viewed mousy while a man who is soft-spoken is seen as calm, thinks-before-he-talks and conscientious.

This bias in our choice of adjectives must be dropped.  Our gender bias in how we interpret character has to be checked to support women’s advances in empowerment.

Use the Same Yardstick

Most women in leadership got there because they have what it takes to be there.  They have the intellectual and emotional capability it takes to be in those positions. They have developed the skill and character required and they worked hard to get there.

What does it mean that women who get to such position do not support each other?   If there are two women leaders, a HR Director and a Finance Director, should they disregard pertinent issues in favour of gender?  I would not think highly of a HR Director who ignores key human resource issues in a bid to support the Finance Director just because she is a woman. On the contrary, we expect men to use their knowledge, skills and insight to do what is right.  We expect them to deliver according to their portfolios and for the good of the organisation.  We do not expect them to support each other just because they are men.  Why do we require it of the women?

The notion that women in leadership should support each other just because they are women is therefore unrealistic and unfair. We should let women do what they are in those positions to do. We shouldn’t view their decisions as a natural and automatic bias against each other, when that might not even have crossed their minds.

Familiarity breeds contempt.  This is true when you consider how women relate with women in leadership positions.  When a woman needs a favour from a male superior, she will think through her approach. She will express herself in the most appropriate and respectful manner.  She will know when to ask, demand, require, beg or persuade.  But the same woman will not go through that planning process when the superior is a woman.  She will not think to try asking or persuading, let alone beg.  Instead, she will require and demand of the female superior.

Women expect their female superiors to understand them and all the intricate details of their lives.  The notion being, “They are women just as we are, they should understand!” and with that notion they prance right across the executive distance.  Should a negative response be given, they get upset and label it as not being supported by fellow women.

My life as a carefree career woman was snuffed out in a day.  I had a new boss – a woman!  I believed all the stories about how mean and spiteful female bosses. Yet I had never been one and I had never known one.  My belief was not disappointed!  The next two years were the worst years I had ever had as an employee.  I kicked. I screamed. I was frustrated and I frustrated others.  After about two years, I was driving home when it finally dawned on me that this lady had contributed more to my development as a career woman and as a person than all my previous bosses.  She pushed me to think through, to present myself better, to negotiate, to deliver more, to be better.

I had believed the stereotype.  I had expected a mean boss just because she was a woman and I got what I expected.  In reality she wasn’t a mean person.  She had the normal challenges of joining a team that had been in place for a long time. She joined a team that clearly let her know that she was not wanted.  When I changed my attitude, I realised that she is an empowered woman who was out to empower me.

We therefore need to rally behind women leaders and cheer them on since their commitment and efforts to bring transformation in their area of influence is evident.

Edith is passionate about seeing people become all that God meant them to be.  She is particularly passionate about women arising to their God-given purpose.  Her call to women is summarized in the motto: Vuka Sisi, (Arise Sister)!  Edith serves as a missionary from Nairobi Lighthouse Church to Zambia and South Africa.  She is also a life coach and a trauma counselor.

Yes You Can Do It!

DO YOU HAVE A PERSONAL SUPPORT SYSTEM?

The River is Never Satisfied

Failure: Your Greatest Ally in Leadership

DO YOU HAVE A PERSONAL SUPPORT SYSTEM?

Yes You Can Do It!

What is your limitation?

How sharp is your money saw?

What is your life’s purpose?

Stuck! Where is your Courage? 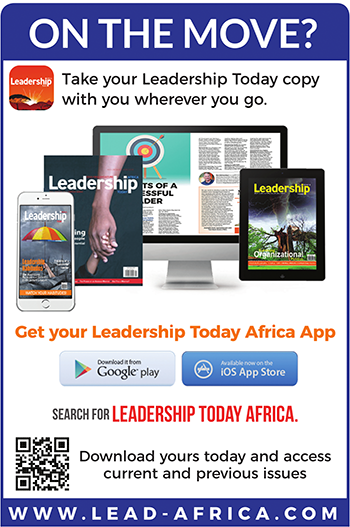